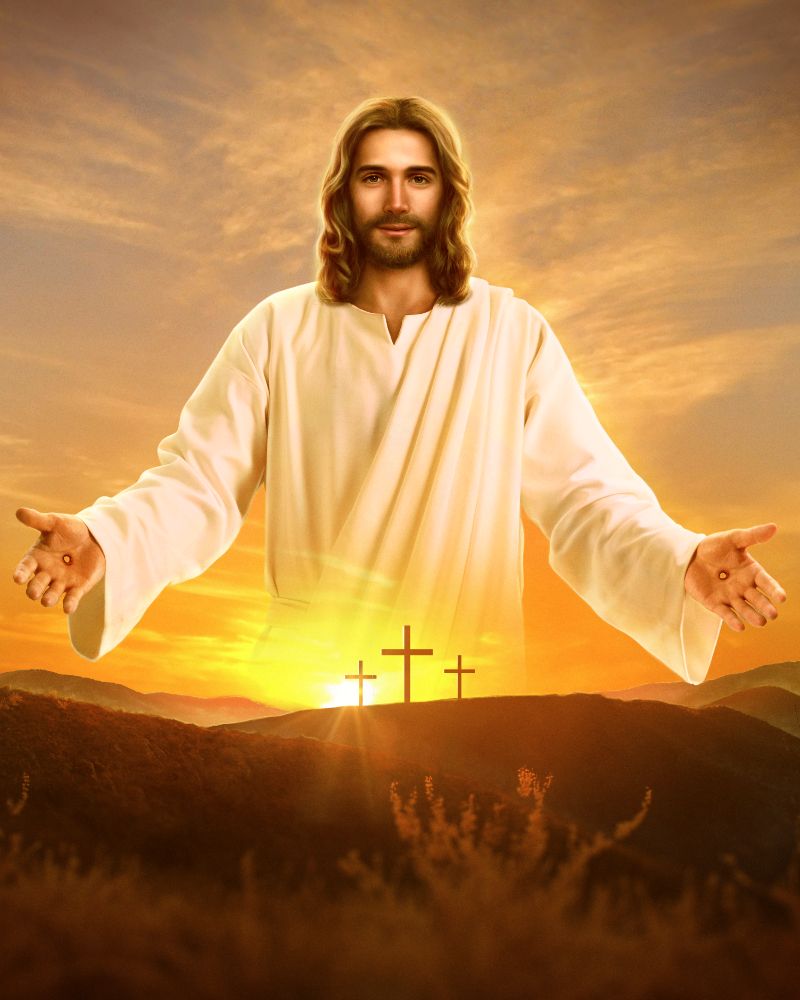 a Story of Salvation, and Why I Felt Called to Start this Ministry

I grew up in a Christian home, going to church and youth group on a weekly basis but not truly accepting Jesus as my Lord and Savior until years later at the age of 23. I spent my middle school, high school, and college years more or less doing whatever I wanted to do. I excelled in every sport I played and in every academic course I took— I was All-Conference in three sports in high school, earned Central Davidson High School’s Spartan Award for being the best student athlete in my graduating class, and also received the Principal’s Award before graduating.

I went on to attend Lehigh University, where I played Football, while majoring in Finance and minoring in Engineering, receiving another student-athlete award in my senior year. During my time at Lehigh my friends and future wife begged me to go to church but I only attended once in 4 years. I felt I could do anything I set my mind to, but God was nowhere in the picture and received none of the credit for my accomplishments. Everything was going according to plan as I accepted a job offer six months in advance of graduation at Grant Thornton in Philadelphia, a top 5 accounting firm as a business consultant. That all changed on one faithful day when the unimaginable happened during the week of Thanksgiving in 2012.

I was driving on the turnpike, heading north to Bethlehem with cement barriers on each side of the road, when I began to feel something wrong, like I was about to have a stroke. With the sides of the road blocked off, I realized that there was nowhere to go if I lost control of the car and in that moment, I made the decision to start to drift into the barriers, causing myself to crash but making it so no one else would be harmed. Right as I began to drift my car, I called out to God: “IF YOU ARE REAL AND ARE WHO YOU SAY YOU ARE, HEAL ME RIGHT NOW AND I’ll GIVE YOU MY LIFE”. Within what seemed like an instant, the pain vanished— I was healed. As I sat back in my seat and kept the car on the road, I told God that day that I would go where He wanted me to go and do what He wanted me to do.

Within a week, following God’s pull on my heart I left behind all my alumni connections, close college friends, and a very promising career I had worked extremely hard to get. The fact that I would be making one third of my salary to move back home did not even cross my mind as I knew it was the right thing to do. It paid off in the most beautiful way as I ended up marrying my high school crush, Austin, and God has since blessed us with three amazing kids: Wyatt, Vivian and Hollis.

Over the 9 years since my move back home to North Carolina I have chased after what the Lord has called me to do and served in ministry in a number of ways. However, the one way that won my heart from the get-go was ministering to students, and this is what has led me to start Students Loved to Life. I want to do everything possible to show students the love of Jesus while helping to lead them into a relationship with Him. What we pour into them now as youths will greatly influence what will come out of them as adults. 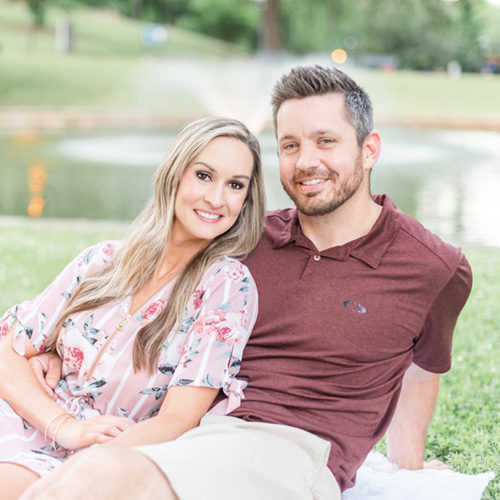 Hello, I am Taylor Rivas. I have lived in Charlotte for 14 years, but will soon call South Carolina my home. I recently got married in August 2020, and currently do not have any children. My husband and I love to spoil our lab, Jack! I work for a managed health care organization in Charlotte and love helping families that are dealing with mental health struggles, substance abuse, and developmental disabilities. I am thrilled to be working alongside my brother to help bring this nonprofit's mission to light, as well as to witness how it is able to transform the lives of the community for both students and families alike. 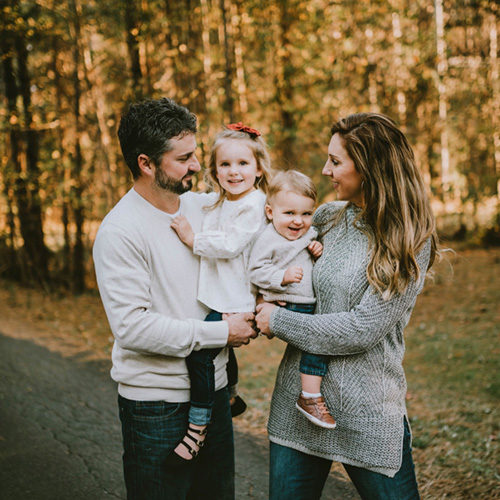 I'm Jenna Younts, a licensed real estate agent serving the Triad! I have a loving husband and two beautiful children, Adley and Foster. Before becoming a real estate agent, I was a physical education teacher and thoroughly enjoyed the years I spent working with students. I am excited to be a part of this organization so I can give back to the students & have an opportunity to help them grow in their Love for Jesus Christ. 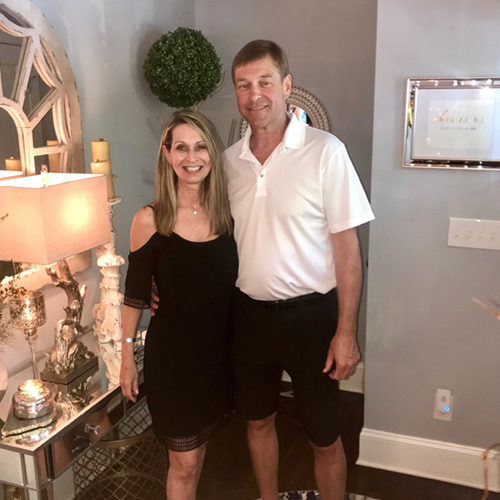 Hello! I am Joni Rivas, the proud mom of the founder and visionary of this non profit, Tanner Rivas. I have two amazing daughters in-law, Kelly and Austin, as well as a very talented son in-law, Lee. Currently, I have been blessed with four grandchildren— Wyatt, Vivian, Hollis and Isaiah. I am a retired kindergarten teacher who taught young children for 34 years. This past calling of mine opened my eyes to just how many students need help to meet their basic needs. I look forward to serving on this board to help fill in the gaps students may have in fulfilling their needs as they try to achieve an education and navigate life. 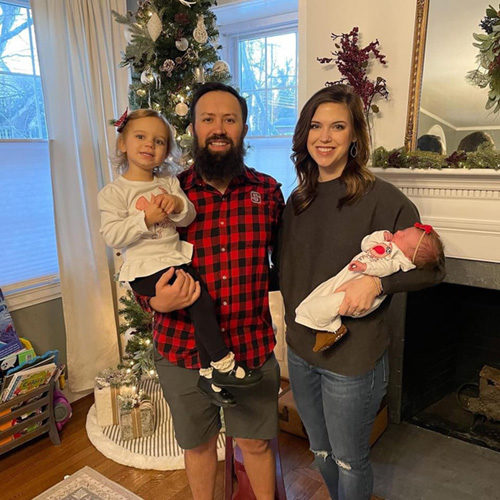 I am Corbin Shook, and am proud to call Lexington, North Carolina my home. I live here with my beautiful wife Kelsey, and our two daughters, Eleanor and Eva. Our faith and family are what motivates us. Being a real estate agent, I get the opportunity to meet new wonderful people all the time. With this, I am able to see and meet people of all different faiths and backgrounds. Students Loved to Life is a great opportunity to give back to the community and share the love of Christ with our youth, and I am very excited for this journey to start. 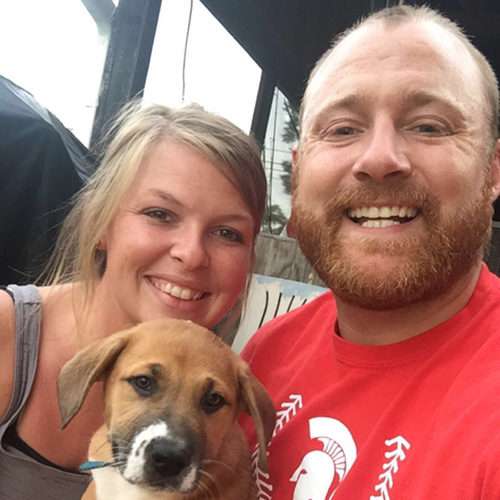 We are Matt and Sarah Tysinger. We live in Lexington, North Carolina, and are proud parents of our crazy but loving dog Cooper. I am a mathematics teacher at Central Davidson High School in Davidson County, and I enjoy teaching as well as coaching there. My wife Sarah is a medical laboratory technician and she has a passion for helping people. It is a privilege to us to be on the board of directors for Students Loved To Life. We look forward to the journey God has in store for us and the community. 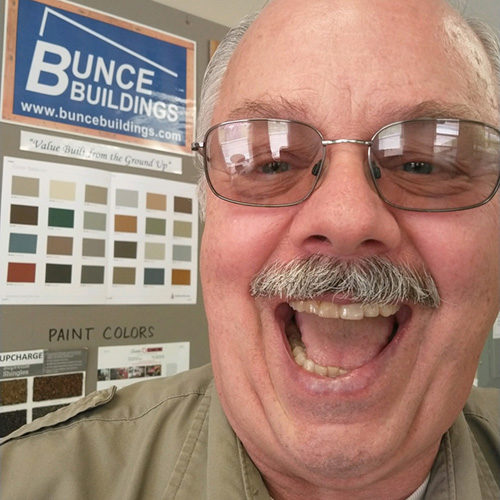 Hello, my name is Ron Felling. Me and my wife Barbara love our home of Mocksville, North Carolina. Our passion is to join Jesus in what He is doing to help us here on Earth. I work at Bunce Buildings here in Mocksville, and love to meet new people every day. 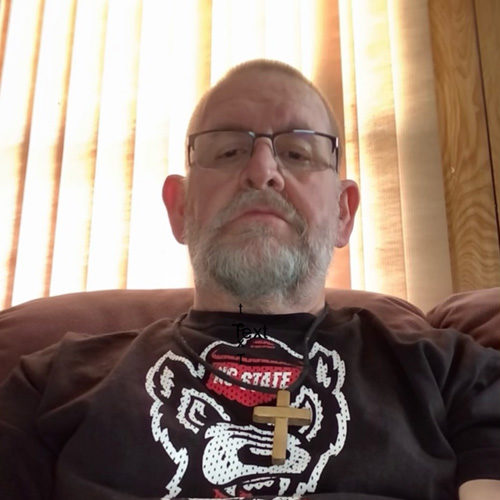 I’m David Farabee, and I work at Olon Industries in Lexington. I have worked with the youth group at my church for over 30 years, and I’m looking forward to working with this organization. It will be a way to show the kids we work with that a relationship with Jesus Christ is a great thing to have. I feel working with youth is where God wants me because I have been where they are, and hopefully I can be able to help them with their needs. 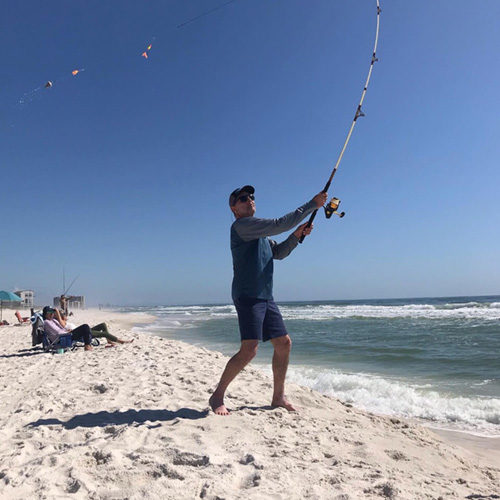 President of the Board

Hi, I am Ray Rivas, and have lived in Winston Salem for the past 18 years. I have recently retired from the school system in Forsyth county. My wife Stephanie and I are a blended family, and are proud to have seven children and 15 grandchildren. I am really thankful and blessed to be a part of an organization centered on meeting the spiritual and physical needs of the young people in our community. 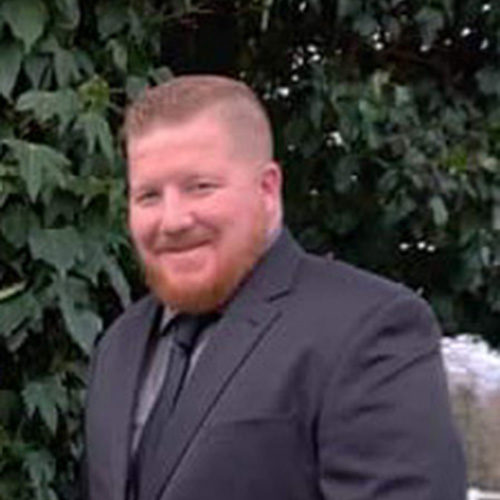 My name is Brant Watts— I’m a family man with devotion to God, my wife, and our four children. I am actively employed in the telecommunications industry with an education background in business administration. I have previously held leadership positions in multiple youth groups. When I am not working, tending to the family homestead or spending time with my family, I enjoy hitting the greens with a round of golf. My biggest passion is being able to spread the Gospel in order to lead others to Christ while lending a helping hand whenever I can. As a board member, I hope to put my heart of compassion to work while making a positive impact in the community.

Hey, I'm Drew Rivas. I am a licensed general contractor and real estate developer in Charlotte, North Carolina. I have an amazing wife named Kelly and a sweet little boy named Isaiah. Some of my hobbies include listening to music, keeping up with sports, and traveling anywhere with a beach. I came to the Lord nine years ago and haven't looked back since. I do believe teaching children the gospel at an early age is extremely important. It gives them security and makes the world a better place, and the easiest and best way to reach children is first providing for their physical needs. I'm honored and humbled to be serving with this non-profit. 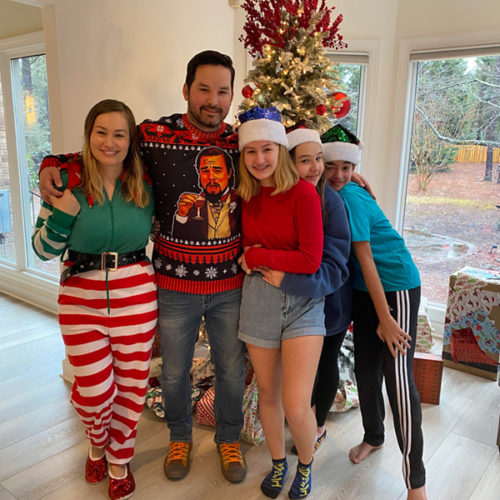 Hello, I am Evan Rivas. I have a lovely wife and three kids that mean everything to me. We currently live in Pinehurst, North Carolina, but have called several different states home over the years due to my former military career. Now my wife and I own an e-commerce business which is both challenging and rewarding. I look forward to working with the amazing members of this organization in bringing love, assistance, and guidance to as many kids as we can. 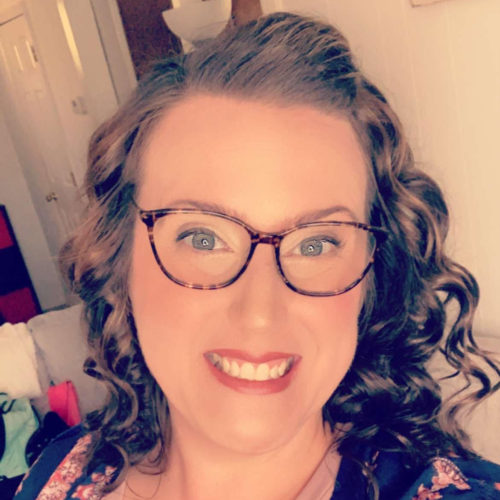 Hi, I am Amy Jones. I have lived in Davidson County all of my life from Wallburg to Southmont. I work for Davidson County Schools at Southwood Elementary as a Educational Technology Media Support. My passion is healing the whole child spiritually and emotionally through Christ. I am excited to see what God is going to do through our students!

Enough Talk, Let's Build Something Together